Higher Education for Refugees...Why do we miss the HUMAN RIGHTS perspective? 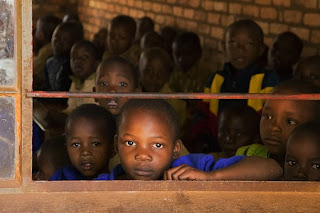 Historically, higher education has been used as a means of reproducing the elites of countries. However, this started to be challenged and changed since the end of world war II (Bienefeld, 2003), and specifically after the announcement the Universal Declaration of Human Rights in 1948 declaring that

“Technical and professional education shall be made generally available and higher education shall be equally accessible to all on the basis of merit (Article 26.1) Education shall be directed to the full development of the human personality and to the strengthening of respect for human rights and fundamental freedoms. It shall promote understanding, tolerance and friendship among all nations, racial or religious groups, and shall further the activities of the United Nations for the maintenance of peace. (Article 26.2)”.

Three years later, the ‘Convention Relating to the Status of Refugees’ was declared. A supplementary protocol was attached to it in 1967. Contrary to the Universal Declaration of Human Rights, the Convention was phrased more directly towards the roles and responsibilities of hosting countries. It mentioned the importance to recognize foreign school certificates, diplomas and degrees and remiss fees and charges and award scholarships to refugees (Article 22) .

In December 1966 the International Covenant on Economic, Social and Cultural Rights was signed, to enter force in 1976. It underscore the same principles expressed in the Universal Declaration of Human rights: 1)equally accessible and  2) on the basis of capacity. HOwever this convention added to that that the provision of HE should be made “by every appropriate means, and in particular by the progressive introduction of free education”. (Article 13).

As a result of all those legal jurisdictions, and as a result of the high enrollment rates into HE during the 1960’s and 1970’s students in a number of countries challenged the national elites (Bienefeld, 2003) and HE was perceived as a ‘right’ and  anymore as a ‘luxurious commodity’ attached to a specific social rank. However, the picture is not so bright, when it comes to countries undergoing an emergency situation, due to conflict or a specific natural disaster. As previously mentioned, only  1% of global refugees have access to HE.

In the case of Syrian refugees, the statistics show a wide discrepancy in HE enrollment between prior versus after the crisis.  Prior to the civil war that started in 2011, HE participation rate was 26% in urban areas and 16% in rural areas (UNHCR, 2015). However, after 4 years into the war, there were around 450,000 university-aged Syrian students, counted as refugees, but fewer than 6% could secure themselves a placement in a HE institute (Luo & Craddock, 2016).  With time passing, the problem is in an every-increasing mode, it is according to James King, senior research and communications manager at Institute of International Education’s Scholar Rescue Fund “snowballing” (Redden, 2015). On one hand, those SRY who have been at university-age when the crisis started, are now 25 or older. They, will most probably never access HE. On the other hand, more and more secondary students graduate awaiting for an opportunity.


For SRY residing in any of the neighbouring counties (Jordan, Lebanon or Turkey) to access HE there is a long list of hurdles to overcome. Obstacles vary according to country. The financial challenge is however, common in all cases. In Jordan, the hurdles include high tuition fees, living costs and a lack of travel and academic documents. Watenpaugh, Fricke & King (2014) found that political tensions  to be among the factors impacting the ability of Syrian refugees to access higher education in Lebanon that hosts over one million refugees.. In Turkey, however Watenpaugh and his colleagues counted the language barrier as the number one challenge facing SRY when aiming to access HE.